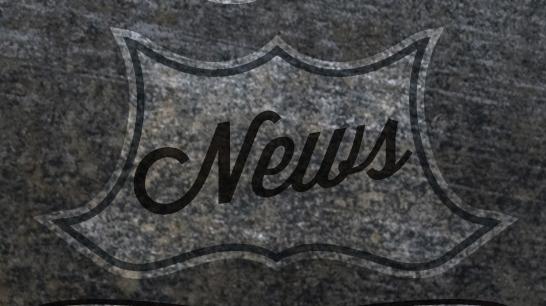 Hip-hop sensations Macklemore and Ryan Lewis have been officially scheduled to play a free show for EWU students on May 30 at Reese Court.

ASEWU members have been working on the process of getting a big name artist to play for students since as early as last October. Travis Hughes, who is in charge of student services, originally came up with the idea.

Hughes said he saw a need for student turnouts for ASEWU elections and wanted to promote voting— in this case, through a Macklemore concert.

“[Students] didn’t have any reason to be involved [with elections],” Hughes said. “I think our campus suffers from a definite lack of student engagement and our events, besides football, don’t really get student involvement because they don’t feel any reason to.”

Hughes’ main goal was to increase voter turnout. He decided to do that by creating a reason for students to get excited about voting by promoting an event many students would want to be involved in.

In a proposal written by Hughes last December, Hughes released a chart of voter turnouts among EWU students for elections.

“I thought of some things in what students are interested in,” Hughes said. “I thought, ‘Hey, students want to have big name events here on campus. Is there some way I can tie a big time event to the elections and kind of support two goals with one event?’”

Hughes said he feels that EWU students in particular will be able to embrace Macklemore because he has in some ways been embraced by the university already.

“He’s probably the most prominent mainstream artist in Washington state right now,” Hughes said. “Our [marching] band has been playing ‘Thrift Shop,’ the music video has been playing on the scoreboard [at the football games]. He’s an artist whose name carries some weight who we could get for a reasonable price.”

While Hughes said that the ASEWU cannot release an actual number, he estimated that this event will probably cost around $50,000 for all expenses.

Markus Hammond, who is the ASEWU finance vice president, explained exactly where this money is coming from.

“The students of EWU are providing the funds,” Hammond said. “These funds were made available for use through the Services and Activities Fee Committee after a proposal was submitted by a representative from the ASEWU.”

Hughes said that the logistics as of right now are not certain, but the idea is that students who vote in the upcoming elections have the opportunity to get in earlier.

“There’s only limited seating,” Hughes said. “So let’s say that the concert started at nine, people who voted may have the opportunity to go in at 6:00 p.m. and the people who didn’t get to go in at 7:00 p.m.”

Hughes stressed the point that the concert is open to every student, but because of limited seating it would benefit those who want to go greatly to vote so they can be guaranteed a spot.

When asked whether he was worried that priority seating at a Macklemore concert would cause students to vote for the wrong reasons, Hughes said he did not think that would be an issue.

“I think it’s better than them not voting at all,” Hughes said. “Student involvement is better than no engagement whatsoever. I think if you’re a freshman and you’re thinking, ‘I want to go to Macklemore. How do I vote?’ I’m not saying we’re going to do this every year but now [students] know. We’ve educated them on how to vote.”

The primary elections will begin on April 23 followed by the general elections on May 7.

“Students can vote online,” Hughes said. “All the computer labs will have links that you can go to on the day of elections.”

Because Hughes has never organized a concert before, the main job of negotiating with Macklemore’s representative was left up to Berto Cerrillo, who is the adviser for EWU campus programs.

“I personally didn’t talk to Macklemore’s agent,” said Cerrillo. “Because he is such a high-profile guy, I actually used a middle agent who I’ve known for awhile now to negotiate with Macklemore’s people. I simply related our wishes to this agent so he could negotiate.”

Cerrillo said he has had some experience booking smaller events but this event may be the biggest of which he has been a part.

“I arrived on campus two years ago and even back then we were saying we need to get a big show here,” Cerrillo said. “I think it’s cool that we can get a local guy like Ryan Lewis [from Ferris High School] and Macklemore [from Seattle] to come here. Plus, having a guy who now has over 20 million hits on YouTube for his ‘Thrift Shop’ song alone is big.”

Cerrillo also confirmed that the concert will begin 8 p.m. with a warm-up act.