IEEE to launch balloon into space, build spectrograph for competition 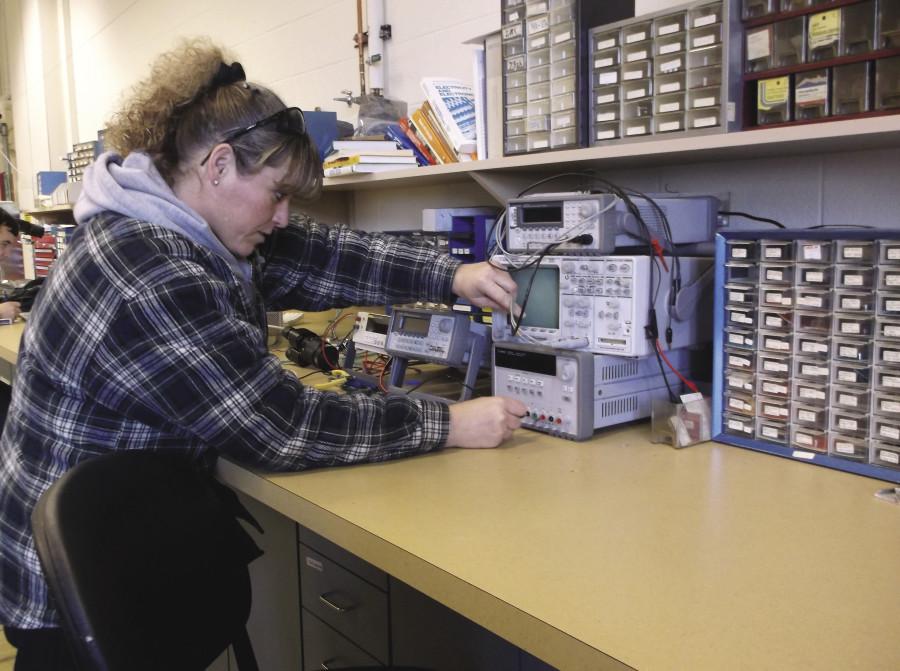 The Institute of Electrical and Electronics Engineers club at Eastern is building a spectrograph to compete in a NASA-sponsored competition and is saving up funds to send an instrument-packed balloon into the upper atmosphere to measure pressure and temperature changes at different altitudes.

The spectrograph will measure solar output—energy from the sun. This is the club’s entry into the National Student Solar Spectrograph Competition.

The dictionary definition of a spectrograph is “any of various instruments that record various types of spectra, especially one that uses a camera to record a spectrum of light.” In simplest terms, a spectrograph records light and outputs it graphically, creating a “picture” of the light output levels.

The EWU club’s parent organization, the Institute of Electrical and Electronics Engineers, became aware of the competition and informed the student club at EWU so that members could participate.

“They have to join the IEEE [organization], but at significantly reduced rates,” said electrical engineering department Chairman Esteban Rodriguez-Marek. “I pay about $180 and they pay $30. They get magazine subscriptions, and they get access to the research libraries. … And they get to know professionals in the area, go to meetings and participate in various contests.”

The National Student Solar Spectrograph Competition is being held in Bozeman, Mont., May 15 through 17. The EWU team, “The Prismaticitians,” comprises Nicole Hicks, Amanda Martes, Ben Herbold and Cora Kellerman, and is competing against university teams across the country. Twenty-one teams are currently registered.

The competition has four categories: Best Spectrograph Design, Best Spectrograph Build, Best Science Observation and Best Presentation of Research. The members of winning teams each get $3,000 and get to attend a NASA launch.

Each university must build its own spectrograph on a budget of $2,000 or less, take readings, display the results and report on practical uses for the data and for its particular spectrograph.

For the presentation phase, the team will prepare a large-format, research-level project poster and give three 10-minute talks, one centered on Design and Build Activities, one on Educational Outreach and one on Scientific Results.

“A balloon-launching project like this one can cost anywhere from $500 to $6,000,” Rodriguez-Marek said. The club has already started holding fundraisers. For a recent fundraiser, the club sold hot dogs and cookies in the Computer and Engineering Building on Feb. 12.

The finished project will be a helium-filled balloon. Inside will be a small package comprised of a micro-camera that can shoot photos or video, a GPS tracking chip, a radio chip for communication, a weathervane for guidance and equipment to measure atmospheric pressure, humidity and temperature.

When ready, the balloon will simply be released and will reach an elevation of approximately 100,000 feet, almost 19 miles.

Club members are working on the mathematical calculations to figure out how full to fill the balloon so that it will burst at the right time, given its durability and the different pressure and temperature at such a high altitude.

When the balloons bursts, a parachute will deploy and will eventually land the pod of electronics safely on the ground. It will continue to take measurements as it descends. Because of the GPS chip, the club can meet the pod when it lands.

It will take several hours for the balloon to go up and come back down, so “we’re making a fun field day of it,” Martes said. “A little Frisbee, a little volleyball, a picnic day.”

The pressure and temperature measurements provided by the balloon are weather station tasks and will add to available data. “Also,” Hicks said, “we’ll have our own pictures of the earth’s curvature. The balloon will be up far enough to show that.”

EWU provides the club with a room and equipment in Cheney Hall where members can study and work on projects.

It is an all-business workroom with several Internet-connected computers; a router to rout out motherboards, a circuit prototyping machine, a de-solderer to remove solder from boards so the chips can fall off and be re-used, an oscilloscope, multimeter and waveform generator, a power supply that motors can be hooked up to and “lots of chips lying around,” Hicks said.